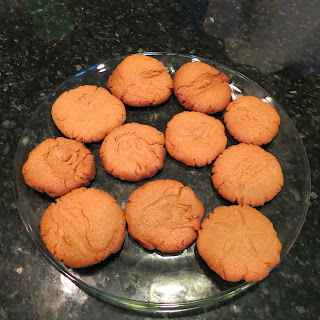 We have been doing lots of work with fossils, dinosaurs and other prehistoric animals. I decided to do something a little more fun to keep T interested. In my last post about the Coming of Life follow up work, I mentioned that we attempted to make plaster fossils using a kit which did not go well. Instead of trying again with plaster, I decided to go the tastier route and make Fossil Cookies. You can't go wrong with kids and cookies right? I got the idea a while back from Chasing Cheerios.

Mix everything together in a large bowl. Place 1 tablespoon scoops of dough on an ungreased (we used parchment paper lined) baking sheet. Bake at 350 degrees for about 10 mins until the edges are golden.

T ended up making the cookies much bigger than planned so we only got 11 cookies. This should make about 18 cookies if they are 1 Tablespoon each. Smaller would have probably been better because ours lots some detail when they grew in the oven.

T measured and mixed the ingredients with very little help. As we were making our fossil prints we talked about how fossils are made and what type of fossils we were making. The cookie fossils are mold fossils because the animal dies and leaves a cavity behind. 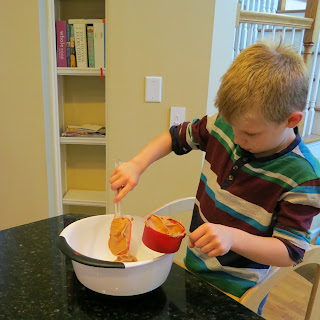 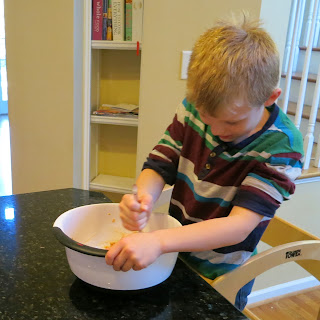 There are many things you could use to make the imprints in the cookies. We chose to use some of our Safari Ltd, Toob animals. I recently purchased the Dinosaur Skulls Toob and we also had the Coral Reef Toob still in the package. I washed them thoroughly before using them. I think the sea creatures made better fossils but T really liked the skulls. The only thing I do not like about the Dino skulls set is that the names of them Dinos, which are embossed on each skull, are VERY hard to read. The color and the small spaces make them difficult even with a magnifying glass.

You can click on all pictures to make them larger. 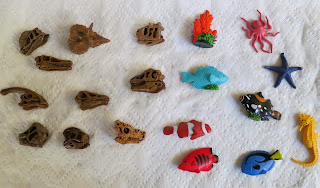 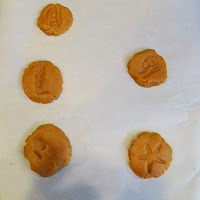 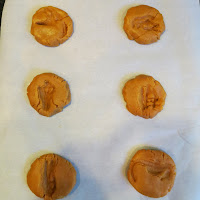 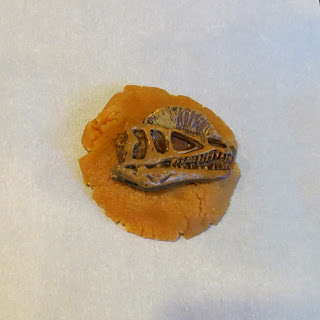 As you can see the molds were much deeper before we baked them, but some of them still looked great after baking. 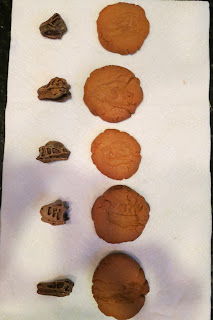 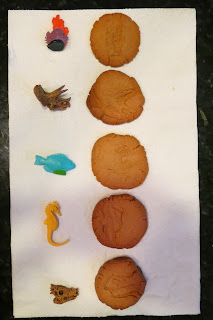 Once the cookies were finished we went a step further and made a cast fossil. A cast fossil is created when a mold fossil is filled in. Many fossils in museums are casts made from mold fossils. We used carmel which we had leftover from making carmel apples. I was planning to use chocolate, which I thought we had, but someone had eaten it.


Just as we were finishing up, B woke up from her nap. Perfect timing for a yummy cookie! 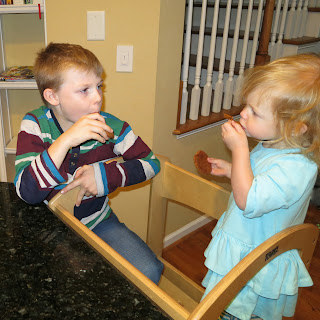 FYI, if you have a small child, I highly recommend the Learning Tower. You can see both kids standing on it in the pictures above. It is adjustable and helps boots them up to the counter safely. T is 7 years old and fairly tall for his age and he still finds it useful on the lowest setting (first pictures) when he is working at the counter. B, almost 2, is on the top setting in the last picture. I got mine used but here is a link to their website if you are looking for something like this.
The Learning Tower

Posted by Expedition Montessori at 6:35 PM

Expedition Montessori
Montessori Homeschooling Mom to two wonderful children. T is 7 years old and in elementary and B is 1 year old and in tot school